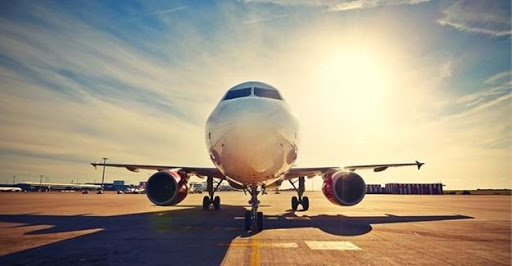 The sudden halt imposed on the aviation industry by the Covid-19 crisis hit the sector hard. In April 2020, two-thirds of the global commercial aviation fleet sat idle on the tarmac, while passenger traffic was down 90% year-on-year.

Today, the aviation industry is slowly rebounding, led by domestic travel. As more aircraft return to the skies, a new report from aviation insurer Allianz Global Corporate & Specialty (AGCS) highlights some of the unique challenges airlines and airports face as they restart operations - ranging from "rusty" pilots to insect infestations. It also identifies a number of ways in which Covid-19 is reshaping the sector, driving long-term changes in fleet composition, flight routes and passenger demand.

"The grounding of worldwide fleets during the pandemic has represented an unprecedented event for the aviation industry," says Dave Warfel, a regional head of Aviation at AGCS.

"Airlines have worked tirelessly to maintain their fleets and train their crews during this long period of inactivity and, as insurers, we take a keen interest in working with them to understand their plans to return to service. Challenges will no doubt emerge as the industry readies for takeoff again. Although it is hard to predict in exactly what shape the aviation industry will return, one thing is for certain – it will have changed."

1. Rusty pilots and the return of sightseeing flights

Earlier this year, dozens of pilots reported making mistakes, such as taking multiple attempts to land, to Nasa's Aviation Safety Reporting System, with many citing rustiness as a factor on returning to the skies. Airlines (and other operators) are well aware of the potential for pilot "rustiness" and continue to take steps to manage and mitigate these risks.

Major airlines have developed different training programs for pilots re-entering service, depending on the length of absence. “At a time of such unprecedented activity, it is comforting to know that the risk management processes that made airline travel safer than any form of travel prior to the pandemic will continue to drive an unparalleled travel safety environment in the post-Covid-19 world,” says Warfel.

However, the return of sightseeing flights in tourism destinations could lead to an uptick in risk for smaller leisure aircraft, including helicopters, particularly if there is an influx of new pilots unfamiliar with the routes and terrain. There have already been a number of fatal accidents involving sightseeing flights in recent years.

2. Air rage incidents on the rise

The unruly behaviour of airplane passengers is increasingly a concern, particularly in the United States. In a typical year, there are around 150 reports of passenger disruption on aircraft. By June 2021 there had been 3,000 according to the Federal Aviation Administration – the majority involving passengers refusing to wear a mask. The report notes that unruly passengers may later claim they were discriminated against by the airline in these cases even when in the wrong – a trend insurers need to stay on top of.

Although a large proportion of the world’s airline fleet have been – and are still – parked during Covid-19, loss exposures do not disappear. They change. Parked fleets are exposed to weather events. There have been numerous incidents of grounded aircraft being damaged by hailstorms and hurricanes.

The risk of shunting or ground incidents also increases, which can bring costly claims. There were a number of collisions at the start of the pandemic as operators transferred aircraft to storage facilities. More are likely when aircraft are moved again ahead of reuse.

Aircraft in storage typically undergo regular maintenance to ensure they are ready to return. However, never has the industry seen so many aircraft temporarily put out of service and the report notes that smaller airlines may face significant challenges when reactivating fleets, given it will be an unprecedented process.

Odd as it may seem given the impact of Covid-19, the global aviation industry faces a pilot shortage in the mid to long term. The tremendous increase in air travel pre-pandemic – annual air passenger growth in China alone was 10%+ a year from 2011 – meant pilot demand was already outstripping supply. More than a quarter of a million are required over the coming decade.

“In less regulated countries, shortages can lead to pilots operating commercial aircraft with limited qualifications and low overall flying time," says Warfel. "Pilot fatigue is also a known risk among existing pilots that must be properly managed. Fortunately, there is a lot of industry expertise and resources available to assist airlines in building proper fatigue management systems."

Some airlines are building their own pilot pipelines by establishing flight schools. Given the nature of training, flying schools are prone to accidents and claims are becoming more expensive with rising values of aircraft and increased activity. Landing accidents are most common, but insurers have also seen total losses.

A number of airlines have shrunk their fleets or retired aircraft over the past year, as the pandemic hastens a generational shift to smaller aircraft, given the anticipated reduced number of passengers on aircraft in the short-term future.

6. Robust performance by air cargo and trend will continue

Although passenger travel has been devastated by the pandemic, other aviation sectors have performed more robustly, such as cargo operators. In April 2021, Asia Pacific reported its best month for international air cargo since the pandemic began, thanks to rising business confidence, e-commerce and congestion at seaports, while Latin America to North America freighter capacity grew by almost a third in May 2021 compared to the same two week period in 2019. The report expects air cargo to continue to perform strongly.

Pre-Covid-19 business travel traffic amounted to $1.5trn a year or around 1.7% of global GDP. With many airlines dialling back expectations in the short term, the report asks whether those days are over. New ways of collaboration, such as video calls, proved to be effective and more companies are aiming to reduce business travel to improve their carbon footprint. Therefore, while there will be an initial surge once lockdowns end, many airlines are preparing for a long-term paradigm shift in travelling, with business travel expected to be slow to pick up.

However, what speaks for a possible uptick is that some areas of business aviation have proven resilient during the pandemic. Companies that had aircraft continued to use them while many that had never purchased or chartered an aircraft before did so for the first time. Many charter companies thrived.

Over 1,400 new air routes are scheduled for 2021 – more than double those added in 2016 – driven by Europe (over 600) and Asia Pacific (over 500), with regional airports set to be the main beneficiaries. Growth in China’s domestic market alone has seen over 200 new routes added – almost the same as the US.

“This development reflects the desire of some airlines to experiment in uncertain times, particularly smaller ones,” says von Frowein. “New routes means less congested airspace and congestion at airports which can have a positive impact on risks such as ground handling incidents. However, flying new routes can bring a heightened risk environment.”

There have been a number of reports of unreliable airspeed and altitude readings during the first flight(s) after some aircraft have left storage. In many cases, the problem was traced back to undetected insect nests inside the aircraft’s pitot tubes, pressure-sensitive sensors that feed data to an avionics computer. Such incidents have led to rejected takeoffs and turnback events. Contamination risk increases if storage procedures are not followed.

The report also notes the aviation industry has seen relatively few claims directly related to the pandemic to date. In a small number of liability notifications, passengers have sued airlines for cancellations/disruptions.

"Covid-19 has not been a direct driver of aviation claims over the past year," says Cristina Schoen, global head of aviation Claims at AGCS. "As a result of the significant reduction in commercial airline travel during the pandemic, we saw fewer attritional claims than we would during a typical year.

"However, the insurance sector was not immune to larger losses during the course of the pandemic, with different regions seeing tragic accidents, emergency landings

and hull losses to name a few. As air travel begins to return to pre-pandemic levels we expect claims volume to rise accordingly."

AGCS analysis of more than 46,000 aviation insurance claims from 2016 to year-end 2020 worth more than EUR 14.5bn (US$17.3bn) shows collision/crash incidents account for over half the value of all claims. Other expensive causes of loss include faulty workmanship/maintenance and machinery breakdown.