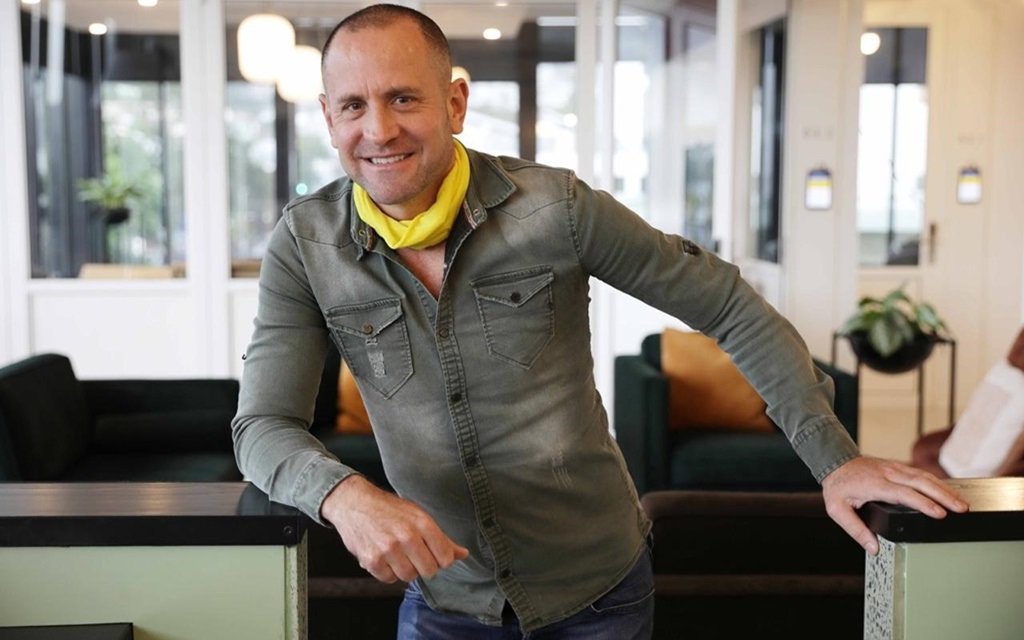 CEO designate Gidon Novick says ‘there are investors looking for good opportunities, whether they be pension funds or banks or private investors or institutions’.

RYK VAN NIEKERK: The proposed partial privatisation of South African Airways remains a hot topic. And the announcement that the Takatso Consortium will take up a 51% stake in the airline has received mixed reaction.

Gidon Novick joins me now. He’s the CEO designate of the new SAA. He is someone with tremendous experience in the South African aviation industry. He was the CEO of Comair. He started Kulula.com, and he is also in charge of South Africa’s latest airline, Lift.

Gidon, thank you so much for joining me. You’ve had a long career in aviation. Did you ever think you would be at the helm of SAA?

GIDON NOVICK: Well, I had a ten-year break, so I had some sanity in my life; but it seems that’s about to come to an end. And yes, Ryk, this is a very exciting chapter, and this is really a big deal. It’s a big deal for the country. It’s certainly stretching my comfort zone. I’m learning about politics – and I think we can do good things.

RYK VAN NIEKERK: I think politics is an important skill to have. But tell us about how this deal came about. When did the parties start to talk and when did your phone ring?

GIDON NOVICK: I met Tshepo [Mahloele] early in the year, We were introduced by somebody who knew that we both had an interest in aviation. We had some interesting discussions and then discovered that we were both interested in SAA. So we combined our forces and fortunately have a good mix of skills. We’ve some good experience and an excellent team in terms of running airlines. And Harith [General Partners] obviously has immense skill in terms of raising capital, managing long-term investments. We struck up a really good relationship.

RYK VAN NIEKERK: But why SAA, because I think there has been a lot of brand damage? Do you think SAA proposes the best opportunity to launch a new airline in the country?

GIDON NOVICK: I think so. Firstly, it’s a brand that’s had an 87-year history in this country, and that’s part of the fabric of the country, and it has had many decades of really good performance. It was a brand that people loved at a point in time. It had an extensive network around the world, it was very strong in Africa, it had a very strong loyalty programme in Voyager, which was probably the strongest loyalty programme in the country. It had some excellent people and a brilliant safety record.

RYK VAN NIEKERK: That will be a challenge. But can you maybe paint a picture for us? Exactly how do you think the new SAA will look, and what should South Africans expect?

RYK VAN NIEKERK: Let’s talk about the politics and the money, because there have been some negative reports about the announcement – and concerns that the responsibility for funding will move from taxpayers to the Government Employees Pension Fund members via the link of the PIC with one of the consortium partners.

Number one, were you surprised at the negativity towards that part of the deal that there were concerns that the buck was just passed from taxpayers to pensioners?

GIDON NOVICK: Well, in truth the response overall has been pretty overwhelming – mostly positive – as you know. I actually find it quite motivating that people care so much about South African Airways. There are good debates going on and people must ask all the questions that are being asked. I think it’s become part of the fabric of South Africa to be a little bit suspicious and ask the questions and get the answers.

In terms of funding, from my experience good business models get funded, good businesses get funded. There’s plenty of capital available around the world – and in South Africa as well. There is excess liquidity, there are investors looking for good opportunities, whether they be pension funds or banks or private investors or institutions. I worry very little about the funding. The funding will be there. Harith has got incredible experience in terms of raising capital and managing capital. Our job is to build a robust business plan that makes it worthwhile to invest in this new project.

RYK VAN NIEKERK: A lot of people are concerned about what happened in the past, where government just kept on writing cheques because it was not managed efficiently. Where in the negotiation process are you regarding the sale of the stake to the consortium? And when will we be able to see the fine print and potentially the involvement of government in the newly relaunched airline?

GIDON NOVICK: In the negotiations – that’s how we got to a memorandum of understanding, the MOU. We are pretty confident that there won’t be any major issues in the due diligence. We’ve already done a lot of the work, but we still need to go through that process.

The deal’s done. The principles are there. We’re going to own 51%, government will own 49%. That’s one of the main issues. The second major issue is that government won’t be funding SAA in the future. Those things have been made very clear. There’s lots more detail which we’ll share over time.

We’ve got to have a good look at the subsidiary companies as well – SAA as a group includes a number of subsidiaries. Part of our due diligence is understanding what’s going on in those subsidiaries and where they fit into the future of SAA. So there’s a lot of work to be done.

RYK VAN NIEKERK: So if, in theory at least, the new SAA runs into financial problems, there will not be a bailout from government – has that been signed and sealed?

GIDON NOVICK:  [Chuckling]. That’s been made abundantly clear to us, and it’s making us even more fired up to have a robust business plan and, most importantly, Ryk, an agile business model. We kind of use these words a lot. It’s so important in the travel industry and in the aviation industry to have a model that is flexible and can adjust to demand as it changes. We’ve seen massive changes in demand. We’re going through a third wave of Covid now, which is impacting air travel in a big way, so we have to be very flexible, very agile. I think with that approach, we really will limit the risk profile of the business and make it a fundamentally different model from a traditional airline model.

RYK VAN NIEKERK: Will it take ownership of SAA Technical and Mango?

GIDON NOVICK: Well, yes. Those are subsidiaries and that’s part of our due diligence. We’re going to take a good look at what’s going on there and how they fit into the future of SAA.

GIDON NOVICK: As soon as possible. There’s a lot of pressure to get up and running. Up until the third wave, the market was coming back nicely globally. As you know, with the vaccination programmes travel is returning. We know there’s massive pent-up demand in leisure travel. Business travel we’re a little bit more sceptical of, and there may well be long-term impacts coming from Covid and video conferencing. We need to get back in the game as soon as possible, so we’re busy with those plans. But in parallel with that, we need to get the due diligence done in the next couple of months.

RYK VAN NIEKERK: I can hear the passion. Were there other parties or other consortia who were also speaking to government regarding the stake?

GIDON NOVICK: I think there were many. I was reading pretty much what you were reading in the press, and it sounds like there was a large number of bidders and interested parties. So yes, I think there certainly was a lot of interest.

RYK VAN NIEKERK: And lastly, you are also the CEO of Lift, which is another airline. What’s going to happen there?

GIDON NOVICK: I’m actually not the CEO. I have an interest in Lift. Jonathan Ayache is the CEO, and he’s a brilliant CEO. So yes, Lift is something we’re looking at. How does it fit into the bigger picture? We’re looking at different options. We’ve got quite a lot of work to do to work out the nuts and bolts.

RYK VAN NIEKERK: Gidon, thank you so much for your time.