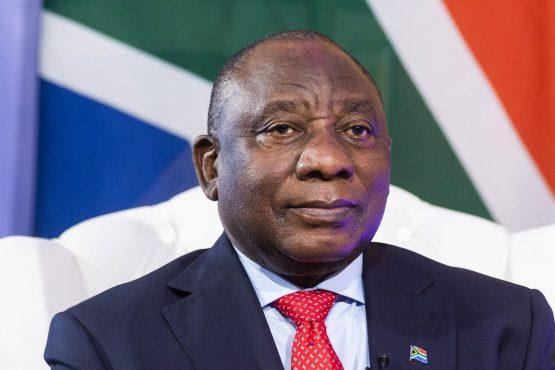 ‘The 100MW power development is the most significant reform since the 1990s. We have to welcome it.’

South African asset managers have welcomed the reforms announced by the government last week, believing that they will boost confidence and economic growth while improving state finances.

President Cyril Ramaphosa on Thursday announced that private companies could produce up to 100MW of electricity without a licence. On Friday, Public Enterprises Minister Pravin Gordhan declared that the government would relinquish control of SAA and sell a 51% stake to a consortium.

‘The power and SAA developments are very positive. Energy has been the biggest constraint on South Africa’s economy for the last six or seven years, if not longer. But, unfortunately, we also have deteriorating energy availability.

‘Commodities are also doing very well. You want to see mining companies expanding, so that means energy demand will increase. If we don’t solve the electricity problems, we will not grow.

‘What we already heard from Minerals Council CEO Roger Baxter is that they have 1.6 gigawatts of power waiting to come online in the next 24 to 36 months, and there will be R27bn in investment to come from that. That is just the mining industry, and we will now open this up to buildings and other industrial users.

‘This is good news for economic growth from multiple angles:

‘Secondly, confidence will also get a boost,

‘Thirdly, it will allow the heavy energy users to grow.

‘The positive signal from the SAA announcement is that the government is finally getting over its ideological position that they must maintain control over all state-owned entities (SOEs). Given the desperate need to introduce private sector expertise into many of these companies and remove government interference from the day-to-day running of these entities, this is a very positive sign.

‘Short term, the economic impact from the SAA announcement is likely to be neutral. However, to facilitate this handover, the government has had to put money into the pot.

‘Many of these entities have been so badly run that they face large holes in their balance sheets. The longer-term impact is that SAA will not have to seek constant recourse to the fiscus.

‘We see a pick up in reform. Electricity is an important sector for me. There is a need for bureaucracy to be cleared in the mining sector, but I hear there are incremental moves on that front too.’

‘Structural reforms involve many stakeholders with vested interests, such that the negotiations to achieve an amicable decision take some time. We saw it with SAA. It is partial privatisation, which is the right thing because you get the best private sector and government expertise.

‘We have a model for how public-private partnerships can work in the form of Telkom. It used to be wholly owned by the state but was partly privatised, and since then, it has been paying dividends to the government.

‘Why would anyone refuse to use such a model that helps employ people, drives competition in the telecommunications sector, and lowers data prices, which benefits consumers? We have seen that SOEs haemorrhage money from the National Treasury. I see the SAA development as very positive. Hopefully, SAA will turn a profit and pay dividends.

‘The 100MW power development is the most significant reform since the 1990s. We have to welcome it.

‘If companies may generate their own electricity, that means they will not be reliant on Eskom. This will boost economic growth.

‘In sofar as SAA is concerned, the guarantees the state provides SOEs has meant that government debt has increased. In addition, SAA partially privatised meant that state funds will be freed up for other developmental purposes. This will boost confidence.

‘There are signs that things are turning around. For example, we have seen firms like Deloitte & Touché, KPMG and McKinsey paying back the money to the government for money gained through bad dealings. That, for me, is evidence that there is a turnaround happening.

‘Other reforms that are needed are in the energy, rail, ports and telecommunications sectors.’

‘Both the reforms announced by the government are excellent. But the state should have implemented them long ago. Nobody is going to take over SAA if it is bankrupt. So the state first needed to sort out the airline’s finances.

‘SAA is going to have to be run like a private company and make profits. What the state has realised is that it cannot continue bailing out SOEs. This move is very positive for the fiscus, and that will improve the country’s credit rating.

‘The government allowing businesses to generate 100MW of electricity will reduce pressure on Eskom.

‘We have taken the first steps towards stabilisation. We are moving in the right direction.

‘Sorting out Eskom will increase the country’s growth potential and job creation, which will alleviate poverty and reduce crime.’

This article was first published on Citywire South Africa here, and republished with permission