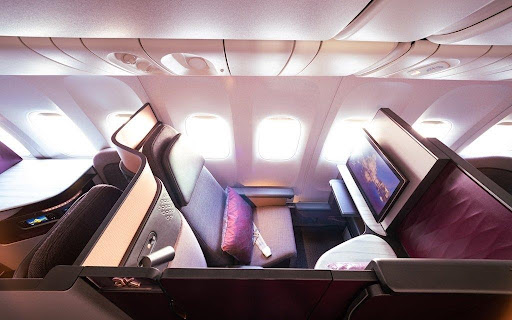 Despite the devastating impact of the coronavirus pandemic on the airline industry, Qatar Airways never stopped flying to at least 30 destinations. Lessons learnt from this experience have enabled the airline to be back to its pre-pandemic network already. Furthermore, it has launched new destinations in Africa.

Qatar Airways never stopped flying, even during the worst periods of the global Covid-19 pandemic.

While navigating one of the worst periods the airlines industry has ever faced, lessons learnt have enabled Qatar Airways to have a head start. The Middle Eastern airline has already rebuilt its network to where it was before the pandemic started, says Hendrik du Preez, vice president of Qatar Airways in Africa.

It is already flying to more than 140 destinations globally.

"Even during worst times of the pandemic, we never stopped flying to at least 30 destinations. We tried to keep people connected, including working with the SA government on a considerable number of repatriation flights.

"We constantly evaluated demand to see where there were opportunities for us. In fact, we have even launched new destinations in Africa over the last nine months - including Harare in Zimbabwe, Lusaka in Zambia, Luanda in Angola and Abuja in Nigeria," says Du Preez.

In SA, Qatar Airways is offering flights to and from Cape Town, Johannesburg and Durban via Johannesburg.

"This shows the confidence we have in the SA market and the belief that in the future it will build up again," says Du Preez.

He says Qatar Airways believes in the power of partnerships. Therefore, in SA, the airline already has interline agreements with local airlines, including Comair, CemAir, Safair and Airlink.

"We are always looking for key partners in Africa. In Southern Africa, we have also seen quite a bit of traffic in and out of Botswana, for example. Having the right partners to get these passengers onto our network is, therefore, very important."

One of the trends he has noticed in South Africa is that traditional corporate travel is slowly starting to pick up.

"Over the past couple of months, we have seen demand for leisure travel returning in SA. Many people are struggling with pandemic fatigue and choosing destinations like the Maldives and Turkey to take a break. We have also seen more South Africans working overseas finally coming to visit their families in SA and Zimbabwe for the first time since lockdowns started," says Du Preez.

Safety remains of crucial importance for Qatar Airways, and both the airline and its hub airport in Doha have been awarded in this regard.

Cargo has, in general, been a strong sector for Qatar in Africa due to lots of goods being imported and exported.

According to Du Preez, during the pandemic, the airline never stopped flying and transported several shipments of vital aid, PPE and vaccines to various countries in Africa while also supporting African exports to its global network.