If all goes well SAA could start cargo flights in a week or two, says interim CEO 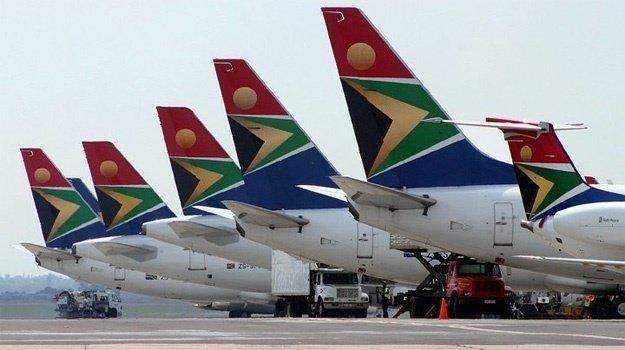 The renewal of SAA's operating licence could be completed within a week or two, says the interim CEO. Once this is finalised, SAA intends to start with cargo flights. The due diligence process of its strategic equity partner, the Takatso consortium, including the business model going forward, is still being completed.

If all goes according to plan, South African Airways could be cleared to take start operating again in a week or two, initially for cargo flights.

Interim CEO Thomas Kgokolo said in a statement on Monday afternoon that compliance documentation has been submitted to the Civil Aviation Authority and once evaluated and passed - hopefully in a week or two - SAA will be cleared to restart operating under a renewed licence.

SAA only has a few older aircraft left to use for these cargo flights. Its newer, leased aircraft was returned to lessors during its business rescue process.

Kgokolo says government's decision to revert to a Level 3 Covid-19 lockdown has made the process of flight resumption easier.

"At this time, we are meeting with all our key role players, putting into place final touch-ups, and I'm hoping we can make an announcement on the passenger front within the coming weeks," he said.

The due diligence process for SAA's strategic equity partner, the Takatso consortium, is running concurrently "with SAA's process of taking to the skies again".

The licence renewal process included a mandatory retraining programme for pilots, which has now been completed.

"We are working on a business model that seeks to grow the airline and the economy," said Kgokolo.

He added that he wants to reassure SAA passengers that, despite technical operations eventually being slimmed down, core skills and competencies will remain, and safety will not in any way be compromised.

Kgokolo confirmed that SAA subsidiary, low-cost airline Mango, will go into business rescue "and is receiving top priority with intense consultations underway with all key stakeholders".

Three unions at Mango - the SA Cabin Crew Association (SACCA), the Mango Pilots' Association (MPA) and the National Union of Metalworkers South Africa (NUMSA) - filed for an urgent application earlier on Monday to have Mango placed in business rescue.

The unions claim they got tired of waiting for the airline, its shareholder SAA and government to join them in such an application.