How airlines will stop you losing your bags in the future 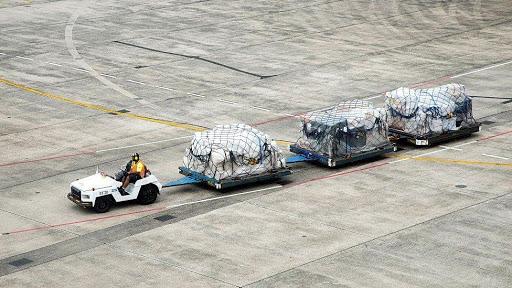 "Airlines are not usually very good at information technology," says Pascal Buchner, the chief information officer of the International Air Transport Association (IATA) - the trade association for the world's airlines

Anyone who has had their baggage lost, or their flight delayed, would probably agree.

But airlines are betting they can improve the situation by making big investments in technology.

"We now know that data is the main source of performance for airlines," says Mr Buchner.

From predictive maintenance, baggage handling and cargo tracking to staff management and customer loyalty programmes, data - and how all this information is analysed - has rapidly become one of the most important factors in determining how an airline operates successfully.

"During a single trip, a passenger may interact with up to 10 different entities - from airlines, government, ground handlers to at least two airports - all of which requires the secure exchange of data on baggage, flight and travel documents," points out Jacques Demael, senior vice president of strategy and business support at SITA, an aviation-focused global IT firm headquartered in Geneva.

According to Mr Demael, the amount of data shared across the industry has "exploded" over the last few years.

While travellers may not be aware of it, a smooth trip is largely dependent on data, from sharing travel documentation to monitoring the flow of baggage between airports.

"The ability to track your bag across multiple steps in the journey and share that information… significantly reduces the chance that your bag will he mishandled," Mr Demael says, explaining that the use of baggage tracking data leads airlines to improvement rates of up to 66%.

"These improvements have resulted in baggage mishandling rates globally being cut in half over the past decade."

Despite the improvements, there is work still to do. A 2020 report from SITA found that in 2019, 25.4 million pieces of luggage were mishandled around the globe, costing the air transport industry approximately $2.5bn (£1.8bn; €2.1bn).

And with that recovery will come the collection of record amounts of data.

The use of real-time data allows airports and airlines to allocate their resources more effectively, which means gates, checkout counters and baggage centres can be properly staffed, and unexpected events such as weather and flight cancellations can be dealt with promptly.

For passengers, Mr Demael says that data will be particularly valuable in a post-Covid environment.

"Only by measuring can we improve, and now the measuring can be done closer to real time," says Shaul Shalev, Air Canada's Manager of Safety Analytics & Innovation.

"It is all about presenting the data to the right people, at the right time," Mr Shalev adds. "I cannot expect a user to stop his or her day job and go to an office, print out a PDF, look at a dashboard or the appropriate e-mail or bulletin to then digest the data they need."

Now, with a few mouse clicks the passenger can bring up all sorts of information on the state of the Air Canada fleet, which in the past would have taken days to assemble.

The next step, he says, is being able to identify problems long before they occur.

"Imagine if we can tell that a part on an aircraft needs to be replaced before its end of lifetime, or if we can predict failure of it and act accordingly," he says. "This exists now and is based on degraded performance over time - our approach will add more precision and thus allow us to select not only [what] to replace, but where and when."

At American Airlines, around 100 systems were consolidated into ten to make data in its cargo business much more manageable.

To date, the technology has impacted the work of more than 8,000 team members in both cargo and airport operations, as well as more than 30,000 customers.

"We're able to learn more from the level of data we receive based on customer behaviour, shipment performance and any issues we have that may be reoccurring," says Jessica Tyler, American Airlines' President Cargo and Vice President Operations Innovation and Delivery.

"In many cases we can see patterns and get ahead of the issues before it affects the shipment journey."